Dizaja is one of the largest Lithuanian civil engineering companies, operating since 1999. More than 140 specialists who implement engineering solutions for a wide range of buildings, from apartment buildings to logistics centers and industrial facilities, work there.

Even as a market leader and pioneer, Dizaja does not give in to inertia and is constantly looking for ways to improve quality and efficiency. One of the most critical performance metrics in this company is reducing the number of corrections. For engineering project companies, the correction rate is one of the most important metrics to assess efficiency. Why? Correction – reverting a task to its previous state – for example, redesigning a drawing, recalculating estimates, or adding additional wiring work, means extra working hours for specialists. In engineering companies, salaries are a significant part of total costs, so corrections result not only in missed deadlines and unhappy customers but also in reduced profitability.

Another critical performance metric measured is the proportion of tasks completed on time. This is particularly important in project-based work, where tasks are tied by numerous dependencies. In a chain of dependent tasks, even a slight delay of one task can turn into a resource collapse and delaying the end of the project by weeks.

Dizaja decided to systematically improve these performance metrics by changing its business processes and using Teamhood to collect, track and analyze performance data.

Dizaja’s design department is led by Oksana Petrošienė. This is where engineering solutions and technical drafts are developed, discussed with customers and accountants, prepared for production and then adjusted according to changes in requirements.

Design department receives assignments from project managers, who are responsible for managing and delivering the entire project on time. Oksana assigns tasks to a team of eleven design specialists. Depending on the scope and complexity of the task, one or more specialists are involved. Naturally, the project managers want the design tasks to be completed as quickly as possible. Without the right tool, managing the flow of tasks was demanding. It was also demanding to constantly discuss deadlines with project managers, who pressured the designers to focus on them first, and there was a lack of clarity in prioritization.

After Teamhood was implemented, the design team switched to a weekly planning mode. On Monday, tasks are reviewed, new tasks are assigned according to agreed priorities, and deadlines are set. The plan is also presented to the project managers. The planned tasks are visualized on Kanban boards to ensure clarity and transparency – project managers can clearly see when their assigned tasks will be completed and what priority has been given to them. “It now takes much less time to align the plan with project managers than before. In addition, the status of each task can be seen at any time if needed, as colleagues update the data as soon as a significant action is taken,” says Oksana.

Probably the last thing people who create things like to do is to fill in reports. Designers of engineering solutions are no exception. But without data on time spent on tasks, it’s difficult to make accurate predictions for the plans and to allocate tasks efficiently to available staff. Once-a-month time reports have been replaced by Teamhood’s time tracking feature.

Now, when someone sits down to work on a new task, all they have to do is start the timer and stop it when the task is done. This tracked time is assigned to a specific task. “Now, at the end of the month, no one has to spend time on reports and I can always see the timesheet report, which also shows how the time actually spent on tasks compares to the time planned for them. The differences between planned and actual time spent help me to assess more accurately how much time to spend on similar tasks in the future”, says Oksana.

“The key to effective task planning is to be specific. Tasks should not be too big to remain accurately measurable in hours, but also not too small so that the work of describing them wouldn’t outweigh the benefits of doing that”, says Oksana, identifying the main challenge.

Understandably, employees are usually not eager to embrace new tools. Oksana found a solution to this risk that has paid off – gamification. A competition with prizes for on-time completed tasks and accurately tracked time for tasks got her colleagues involved, and within a couple of months the new practice became a daily habit.

Analysis of corrections – not to criticise, but to improve efficiency

While all educated people understand that mistakes are the source of competence, in reality, they are often accompanied by negative emotions and judgments, trying to identify who is responsible rather than looking for the cause and solution. This causes employees to talk less about mistakes or forget them. However, to learn from mistakes, it is necessary to analyze them and find solutions to improve performance.

Corrections in Dizaja are classified into design errors, returns from facilities, and external delays. As a consequence, the form of their assessment has also changed: errors are not handled by identifying accountability, instead, the correction data is analyzed regularly and possible solutions to improve work processes to reduce the impact of errors are discussed together. Errors are no longer a topic to be avoided, but valuable information and the more is known, the better. In addition, to overcome obstacles faster, Oksana has also applied the gamification practice of team involvement here. Employees are encouraged to record and describe corrections in detail without fear of negative emotions.

Improving efficiency in engineering design companies is a long and bumpy road, but by clearly defining performance metrics and managing performance data, Dizaja is able to assess how far it has come each month. 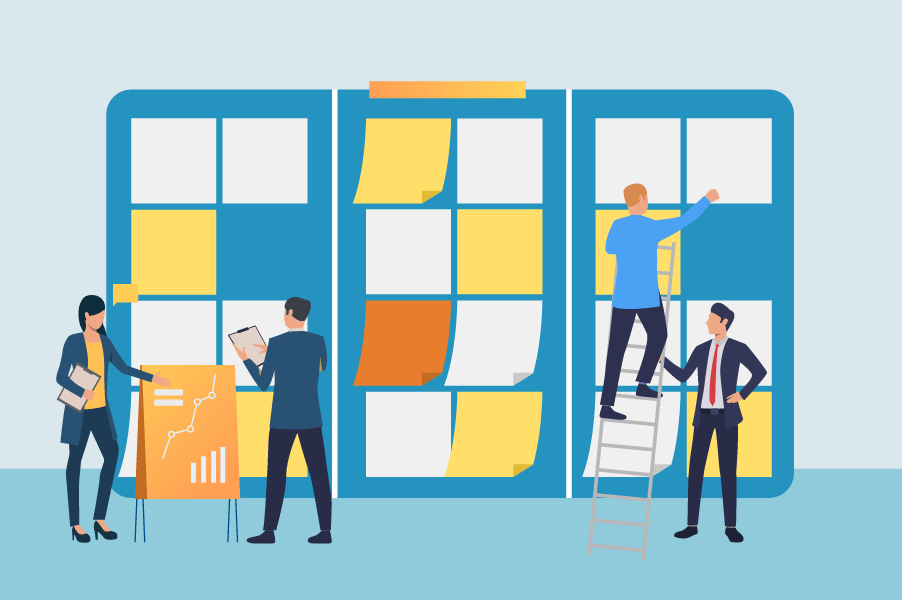