The team development cycle is a process that a team goes through to learn to work together. It is composed of 5 stages – Forming, Storming, Norming, Performing, and Adjourning.

Teams are an essential part of projects. A great team will ensure your project is completed well and on time. While an ok team can mean delays, loss of quality, and a lot of additional work. In many cases, the difference between such teams is the amount of time they have been working together and at what stage of team development they are.

While most teams progress through the development cycle naturally, by knowing what it is you can actually help them get out of sticky situations. So keep on reading to learn more about the team development cycle or scroll down for a visual infographic on the topic.

Looking for a way to manage your team’s workload? Check out our Workload management guide for great tips.

What is team development?

Team development is a process of learning to work together.

Each time a new group of people is gathered to perform as a team, they have to find a way of communicating, define goals and learn to work together effectively. This is what we call team development. Depending on the team and amount of different personalities in the group, this process can be rather easy or quite difficult. However, by recognizing the team development stages, we can help our teams solve issues and progress.

By going through the development cycle, teams stop being a group of individuals and become a unit all working together towards the same goal.

An educational psychologist Bruce Tuckman described 5 stages of team development – forming, storming, norming, performing, and adjourning. The last stage was added a few years after the initial definition, as Tuckman felt there was a need to describe the deconstruction of the team as well as the beginning.

As they stand, the five stages represent a team development cycle. In an ideal case, the team linearly goes through each of them. However, if circumstances change, teams can go back and forth between stages instead of moving forward. Here is more on each stage.

First stage of the team development cycle is Forming and it talks about a new team getting acquainted.

This first stage of the team development cycle brings a lot of uncertainty. The team members have to get to know each other, and figure out what they are trying to achieve and how they will start doing that. Thus, most of the team interactions in the Forming stage are social, helping the team to get acquainted.

As the work process is not yet decided, the team is making little progress and the progress they do make is often riddled with errors. They have to learn to work together before any true value can be created. As such, the Forming stage is filled with uncertainty and most team members are looking for guidance. If one or a couple of team members are willing to take on this responsibility, they are the most likely candidates for becoming the group leaders at the following stages.

If you want to help your team in this stage, foster discussions around members’ skills, backgrounds, and interests. Define or brainstorm goals, timeline, and ground rules.

Improve the daily life of your team members

Once the team members get to know each other, they move onto the second stage. Storming is the most difficult of the five stages, as the team has to learn how to work together despite their individual personalities.

As the team members already know about everyone’s individual skills and background, they must now start searching for a way to collaborate and progress. In this stage, it is common for teams to have several divided groups, each of them with its own informal leader. Such groups are normally formed around different methods of working or different overall goals. However, the whole team must find a consensus on both to progress further.

Due to the contesting views, the team productivity either stays the same as in the Forming stage, or decreases. It is important the team solves all the underlying issues so that it can improve productivity and avoid long-term problems in the future.

Help your team in the Storming stage by letting everyone have a say. Listen to all sides of each conflict and facilitate a middle ground that allows the team to move forward. Define the communication rules to help your team with any conflicts in the future and establish collaboration tools to facilitate the change.

As the team works out the majority or all of their issues, they form a sense of unity and a common goal, thus entering the Norming stage.

With most of the issues being solved, the team starts to standardize their work practices and solidify roles. There are no more groups within the team and instead, they all work a unit with a clear leader. Due to this, work efficiency starts to increase and becomes the highest since the beginning of the team development cycle.

The Norming stage is the first indication that the team is going in the right direction, but the unity at this stage is still very fragile. If new issues arise and the team fails to solve them, they can go back to the Storming stage and thus reduce their productivity once more.

Help your team in the Norming stage by setting individual roles for the team members and defining tools to deal with sticky situations. Recognize the value of everyone on the team and teach your team to resolve conflicts effectively.

Looking to learn more about project management? We have a guide prepared exactly for this purpose.

As the team continues to work efficiently and are not anymore threatened by appearance of new issues, they enter the Performing stage.

A team reaches this stage of the team development cycle as it mature. At this point, everyone is working together towards a common goal and producing predictable results on a regular basis. If new issues arise, they no longer threaten the teams performance, but are dealt with constructivelly.

This is the golden age of any team and the goal of what you should be aiming for. It is marked by clear structure, unified goals and most importantly steady results. There is no saying in how long it will take for each team to get here, but you can certainly help your team move through the stages with previous advice.

Assist your team in continuing the great work by mixing up the team roles. A high-performing team is made out of strong professionals that can share valuable insight into the process. Thus, do not be afraid to mix up their roles from time to time. For example, ask someone else to run the weekly meeting to get a different perspective and fresh ideas.

At one point or another, every team reaches the end point and enters the Adjourning stage.

For teams that were gathered for a specific purpose, this final stage will begin as the goals will be reached and work will start winding down. Others may continue working but could be losing several members thus changing the overall team dynamics. Either way, this is a point in the team development lifecycle that the team as we know it ceases to exist.

Help your team navigate this transition by appropriately marking this stage. Consider holding an event or at least a short meeting to gather everyone from the team one last time and thank them for the job that has been done. By doing this, you will send them onto new projects with new energy and motivation.

So now you know all about team development and the 5 stage cycle it follows. However, remembering all the information and advice may not be just that easy. For this purpose, we have prepared an infographic outlining all the main information. Save and consult it any time you need a reference in the future.

Ready to implement this new knowledge with the team? Check out our Workload management guide for best ideas on where to begin.

Learn more about proactive work management in this infographic, review this guide to asynchronous communication, or see how you can use Teamhood for remote team management. 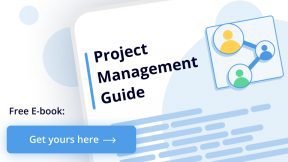