It is becoming more and more evident that the true potential of Agile lies in large companies and scaled approaches. The State of Agile report in 2020 revealed that Scrum this year is more common than in previous years. It is now the most commonly deployed framework for addressing development issues. 75% of survey respondents practice Scrum or a hybrid technique incorporating it. But what can you gain from implementing Scrum of Scrums and how to do it right?

One of the most popular ways to scale Agile today is Scrum of Scrums. And while many companies have adopted this practice already, we thought it might be interesting for others to know just how exactly it works.

Curious to learn about alternative methods for scaling Agile? Check out SAFe vs SoS vs DAD vs LeSS.

What is Scrum of Scrums?

Scrum of Scrums has been originally defined by Jeff Sutherland. It is a technique to scale Scrum up to large groups (over a dozen people) and involves dividing the groups into Scrum teams of 5-10 people.

Sutherland has been quoted as saying the three distinguishing factors between Scrum of Scrums teams and normal teams are self-management, continuity of team membership, and dedication to a single project. As well as claiming that Scrum should run with software architecture.

According to Sutherland, the main purpose of Scrum of Scrums is to deliver the working software of all teams to the Definition of Done at the end of the Sprint.  To make sure this happens, the SoS Master is accountable and has to be able to ensure that all the processes function.

How does it work?

The original Agile speaks of a small team and its management. However, when we think of a large organization we usually have a team of a few hundred or even a few thousand people. As a result, having stand-ups or one project board for all of those people will be nearly impossible. Luckily, the Scrum of Scrums approach gives a way to work around that.

Scrum of Scrums does not look at the organization as one big team. Instead, it asks to divide people into small teams of up to 10 people based on their function and product features. This way, we are no longer looking at a room of a few hundred people and have small manageable teams instead. The traditional Scrum roles of Product Owner, Scrum Master, and others are retained in every single team. All teams plan and complete their work independently from each other relying on the Scrum methodology.

How is the process coordinated in Scrum of Scrums?

To coordinate the overall vision between the teams, a new meeting by the name of Scrum of Scrums comes about. It takes place every day, two times a week or once a week at a minimum. The Scrum of Scrums meeting is held after the daily stand-ups and one member per team has to attend and represent their team. Thus, the Scrum of Scrums attendees are all people from different teams. The flow of this meeting is similar to a daily stand-up. Just instead of presenting what they have personally worked on, the delegates are representing their team’s progress. They report completions, next steps, and impediments on behalf of the teams they represent.

The goal of the Scrum of Scrums meeting

The Scrum of Scrums agenda is made up out of status reports, discussions, and problem resolution while focusing on coordination between teams. Solutions may entail agreeing to interfaces between the project teams, negotiating responsibility boundaries, etc. The Scrum of Scrums Master coordinates this meeting and decides where the project should go next. Thus giving direction for individual teams and making sure they stay on track.

Scrum of Scrums board

The teams also use this time to update and refresh the Scrums board with progress and new tasks. Allowing everyone to see what is happening within each team and what can be expected next. This method is sure to help you manage time better.

According to the State of Agile Report from the year 2020, 95 percent of questioned organizations have some form of Agile process in place. However, practice maturity and adoption are still a work in progress.

For example, 77 percent of businesses are following standard Scrum rituals, including stand-ups, retrospectives, sprint planning, and reviews. But only around 50 percent are adopting agile transformation practices such as roadmaps, release planning, and agile estimation.

There appear to be several common challenges to scaling agile. These include resistance to change, lack of leadership board participation, inconsistent processes, and chaotic organization. As well as being unable to live up to agile values, insufficient management support and lack of training.

Scaling methodologies aim to get more people adopting a semi-standard agile practice, but the approach often fails to address organizational culture and people’s mindsets. The aforementioned symptoms are all signals that organizations are fighting cultural and not scaling issues.

How can you implement Scrum of Scrums to scale Agile successfully?

It takes time to find the right groove and learn how to coordinate all the teams in this scaled Agile approach. However, to make it easier, here are a few of Scrum of Scrums best practices:

In conclusion, the Scrum of Scrums is a quite simple way to scale Agile in your organization and take advantage of its benefits. But as with any scaling approach, first, you should make sure that it is right for you and then look into the best practices to ensure you stay on track. 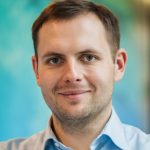